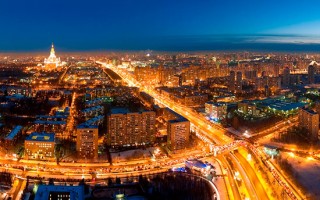 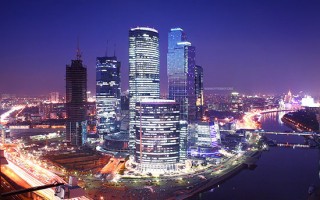 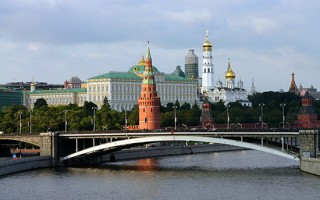 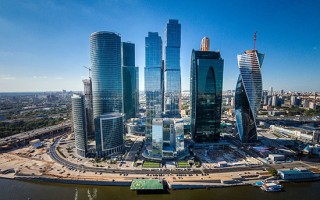 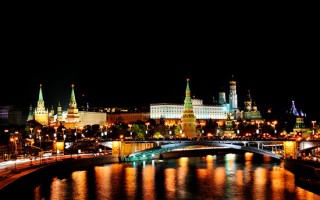 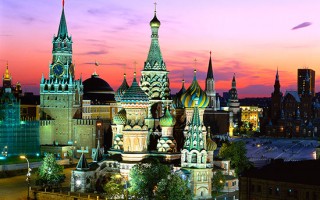 Moscow is located at 55 45 N and 37 37 E of the Greenwich meridian in the middle of the East European Plain. The area lies at a height of 30-35 meters above the Moskva river and about 150 meters above sea level.

More than 12 million people are living in Moscow. Among them there are representatives of about one hundred nations and ethnic groups. Russians are the largest ethnic group in Moscow. There are also Jews, Ukrainians, Belorussians and Tatars as well as increasing number of refugees and immigrants from Afghanistan, the Caucasus, the Baltic States and Central Asia. Orthodox Christianity is a predominant religion in Moscow. The city also has communities of Protestants, Roman Catholics, Judaists and Muslims.

Moscow as a separate subject of the Russian Federation is governed by a mayor, who is popularly elected for a four-year term, and by a 35-member Duma (assembly), which is the city's legislature. Moscow consists of 10 administrative regions, which are subdivided into 128 districts. The Duma is elected from administrative regions and each district elects local councils. As the capital of Russia, Moscow is the seat of the national government. The Kremlin palaces house the majority of offices. The prime minister's offices occupy the House of Government of the Russian Federation, usually known as the White House.

The climate in Moscow is temperate continental. It is mainly characterized by hot summers and very cold winters. The amplitude in annual temperature range is 28 C. The cold period starts in October and ends in April. Snow falls in November and stays till March. The height of the snow cover usually reaches 350 millimeters. There may be long frosts or periods of thaw. The mild weather comes in June and stays till mid-September.

The date of Moscow's founding is generally accepted to be April 4, 1147, when the first record of Moscow in Russian chronicles was done. Moscow's history starts from a wooden fortress, which was built by order of Prince Yuri Dolgoruky on a hill at the confluence of the Moskva and the Neglinnaya rivers. It is often said that Moscow is the third Rome, because the main part of the city, according to the legend, was built on seven hills. The city's general scheme can be represented as the system of concentric circles radiating from the Kremlin, Moscow's geographical, historical and political centre.

City Day in Moscow celebrated on the first Saturday of September. 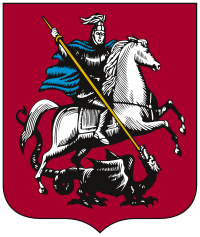